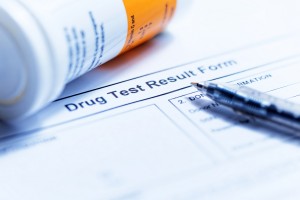 Property owners are still being exposed to a lot of hype about Meth testing and to assist our readers we thought we would go over again some of the types of tests currently being performed and importantly the need for an evidential trail.

There are two types of tests, presumptive and forensic.

A presumptive test is where a swab is rubbed over a surface and then the swab is exposed to a fluid or spray that turns a certain colour or lines depending on the product. While a good “indication”, that is all it is and there is no way of telling any level of contamination.

Forensic testing comes in various forms; the first level is a wipe that is sent to a laboratory for testing. Typically, this first “presumptive wipe” will be wiped against multiple surfaces and rooms, again as an indicator only. The difference here though is the independent laboratory will provide a reading and although this is only across the entire surfaces wiped, if there is a reading above the accepted levels then you need to go to level two.

To establish the actual level of contamination in a property, each room or area needs to be wiped using the 100cm square test, meaning a house would require many wipes. This is usually done following the presumptive wipe, due to costs.

For remediation, a full forensic test might be necessary by a qualified forensic scientist, likely $2,000 plus for a standard house.

It is now industry standard in real estate or landlord matters that a “presumptive wipe”, sent to a laboratory is the minimum, and for good reasons.

We mentioned accreditation, and the fact there is none. Incredible as it seems, the property testing industry has taken off faster than the regulations governing testing although that is being worked on now by a panel. However, only the testing of people has an NZQA qualification currently, most players in the property testing market will boast they have internal or independent accreditation.

With the lack of testing accreditation, the fall back positon must be two things; (a) the independent laboratory and (b) a detailed report. At least if an issue arises you will be able to provide a report to show that a test was performed, by who, what equipment was used, how it was used and a laboratory report giving a reading. If you don’t have this, then any subsequent tenant or buyer might claim the property was contaminated before they moved in and the results would be horrific. We are aware of one landlord who not only failed to get any rent arrears but got ordered to pay for all the furnishings and clothes of the tenant who claimed a resulting contamination after moving in.

Hints:
• Before engaging a tester, ask what type of test they perform and if they provide a comprehensive report.
• If the test is to be relied upon, then a forensic laboratory wipe should be the minimum.
• Test every time you change tenant and provide a copy to the next tenant, as that proves the property clean when they took possession. Insist on being able to re-test during an occupancy, this is standard terms and conditions nowadays. 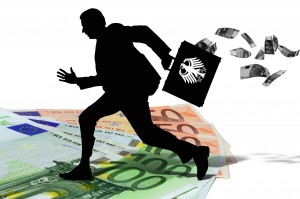 King Con is at it again
Known as “King Con” and “The King of Stings”, Mr Peter Foster has led an incredible life of crime. His latest scam $28m in Australia. http://www.couriermail.com.au/news/queensland/crime-and-justice/peter-foster-dobbed-in-by-associates-in-lead-up-to-arrest-over-alleged-gambling-scam/news-story/2b9d45fc244bd7a88b6f3899f80f8a76

What peaked our interest is the comment that he was caught discussing “how to deal with a private investigator”. http://www.stuff.co.nz/world/australia/75544671/notorious-conman-peter-foster-raided-over-alleged-murder-plot

You see Foster has a very strong hatred of PI’s resulting from his experience with Paragon in 2006 when we caught him red handed running a scam in Fiji. http://www.radionz.co.nz/international/pacific-news/165647/serial-conman-under-police-guard-in-fiji-hospital When captured he tried to escape by jumping into a river, resulting in him being run over by the Police in a boat. This time, his mates have dubbed him in. My view is that Mr Foster is no “king” he is simply a criminal with no moral compass. 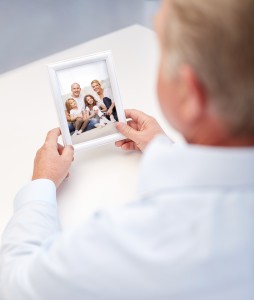 Missing Person – When to bring in a PI ?
Virtually every week the media report on a person going missing, often just for a few days and more than often they are located safe or unfortunately having passed away. The number of long-term missing person’s cases throughout the world is still increasing, despite the advances in technology and social media. In 2013 it was reported that 607 people go missing without a trace every day and in the past 20 years some 4,432,880 people were reported missing without a trace in the world.

In 2015 The Salvation Army said a third of the people they have been asked to trace, don’t want to be found. http://www.radionz.co.nz/news/national/292998/third-of-missing-don’t-want-to-be-found-sallies

The NZ Police website only lists 20 people with the disclaimer that these are only the ones Police have permission to display.

So, this begs the two obvious questions;
When should you call a PI ? and Should you call a PI ?
Having some experience in this field, we can say that a private investigator is a good choice, if the disappearance is totally out of character and there are no private family reasons why the individual might just have taken off, or history of going absent. If the latter exists, leave it to the Police.

As mentioned by the Sallies, some people don’t want to be found and their privacy should be respected. However, being able to tell the family they are safe is a positive outcome and surely the decent thing to do.

What a private investigator can bring, is a different and family slant to an enquiry, most obvious being that some people just won’t come forward to Police for any reason, so having a PI they can contact confidentially might be a possibility. And like it or not, the PI will be looking at what Police have done and critiquing the work to date. This is not a criticism of Police and luckily in New Zealand, and London as we found, Police are willing to work with a professional PI for the sake of the family.

There can be only one goal and that is closure. If that involves a PI assisting the family, then any professional Police investigator will take all the help they can get and a PI should not get in the way if they work as a team. The sad reality is though, if a plane full of people can still disappear today without a trace, so can a person.

http://www.stuff.co.nz/timaru-herald/news/88888442/Family-hire-private-investigator-to-help-with-search-for-missing-Temuka-teenager (Note: this is not Paragon)

Do you have a PI topic that interests you ?
Let us know and we will prepare a report in a future newsletter.