Paragon is the only New Zealand Professional Private Investigation agency with a true nationwide cover of full-time salaried staff and a formal Board of Governance, having an independent fiscal member.

The Chairman is Bryan Mogridge ONZM, FNZIOD. Bryan’s role is corporate and business governance. The Managing Director is Ron McQuilter CFE. Ron’s role is strategic and day to day operations. Wayne Kiely CFE is our General Manager with a responsibility to oversea all investigations. Atul Mehta is a partner in an accounting firm and his role is financial governance. Ron and Wayne are recognized industry leaders, all of whom work on assignments daily.

No wonder Paragon enjoys a prime place in our industry. The collective experience of our board members gives added business synergy, combined with the reputation and delivery of a quality service by our investigation team, all reflected in the high quality of work our clients have come to expect. 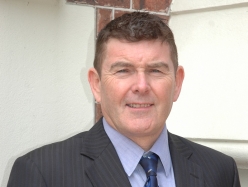 Ron is often regarded as the leading figure in the New Zealand Professional Private Investigation sector. For the past 39 years, since arriving in New Zealand in 1983, Ron has worked tirelessly to promote and advance the PI industry and has been elected to serve for a total of 10 years as the Chairman of the Industry’s body NZIPI re-elected for a further term in November 2021. In that role Ron has made submissions to and presented at Parliament in regard to the Private Investigators legislation. He has also assisted the Ministry of Justice Licensing Authority as a Court appointed expert dealing with complaints against private investigators.

Ron has been involved in many high profile investigations for corporates, government agencies and other entities. He is regularly asked to give industry comment by the media and has appeared several times on the likes of 60 Minutes, various other morning and tea-time current affair programmes and the various TV news. He was part of the team in the TV3 Missing Pieces series. Ron is often asked to present on various investigative related topics at conferences and training sessions. In May 2018 the Department of Home Affairs in Australia asked Ron to lecture at a conference in Indonesia. He has run many two day training courses in his capacity as an investigative mentor for experienced investigators wishing to enter the PI profession.

A man totally committed to our profession, Ron still conducts investigations when requested as well as personally overseeing our other work and being our lead agent for some of our government contracts, which require a high level of security clearance.

One example was when Ron personally undertook what was deemed the unsolvable Cold Case of Lee Sheppard who went missing in London in January 2003. Ron spent two years in preparation then travelled to London in November 2008 and, working from a London Police Station with the trust of the Metropolitan Police, solved that case, although the Metropolitan Police had failed for 6 years previous http://www.dailymail.co.uk/news/article-1361403/Workman-vanished-years-ago-died-fridge-recycling-machine.html

Ron is dedicated to his clients and team, often referred to in our profession as ‘The Grey Man‘ for his relentless pursuit of the truth and his integrity in refusing to take sides (see download article below) He is not afraid of the difficult tasks and if that is not enough he has been seen scuba diving with sharks and jumping solo out of planes in his spare time, though more recently a novice golfer. In 2009 Ron was awarded the NZ Insurance Investigator of the year award for his outstanding investigative work in that field.

Experience 47 years Investigation experience. Former Police Officer, Glasgow, Scotland and has conducted investigations worldwide, including being permitted to spend a month as a private investigator working on a case, based out of a London Metropolitan Police office in 2008. Has investigated numerous complex fraud matters for clients and has lectured to government agencies on fraud and enforcement.

Wayne is a Former New Zealand Police Detective with over 36 years of investigative experience and a diverse range of skills. His reputation for solving complex frauds and thefts is without exception. He is known in the profession as the PI with the X factor for solving the unsolvable.

Bryan Mogridge ONZ, FNZIOD was appointed our Chairman in November 2006. 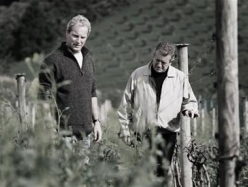 Bryan has been a public company Director since 1984. He is well regarded as a business leader and has been Chair of many entities such as Enterprise Waitakere, Waitakere City Holdings Limited, Guardian Healthcare Group Limited, Momentum Energy Limited and The Starship Foundation to name a few. Additionally, Bryan is known for his seat on the board of many large and/or public companies such as Mainfreight Limited, Rakon and Pyne Gould Corporation Limited. Bryan has also chaired the New Zealand Wine Institute, the New Zealand Food and Beverage Exporters Council and the Tourism Board. 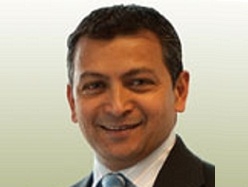 Atul has served on the School Board of Trustees for the last seven years. Atul is married with three children and spends much of his free time with his children’s activities.