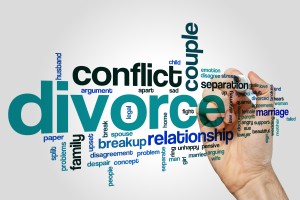 How easy is it to disappear?

It’s been a year since 65 year old John Beckenridge and his 12 year old step-son went missing. His car was found having gone off an 88 metre remote cliff in treacherous waters and it took Police weeks to recover the vehicle. Forensic testing failed to find evidence of any occupants having been inside the car at the time it went into the water.

John Beckenridge was known to have multiple passports and use various aliases – who does that?

From an investigative perspective this can only be classed as a missing person’s case, why ? because there is not even one piece of evidence the two have come to any harm. In fact the opposite. Simply put, investigators categorise evidence into the following; (a) limited circumstantial, (b) compelling circumstantial, (c) hearsay or (d) direct evidence. Typically compelling circumstantial evidence is the least required to put the case to a coroner, because a Coroner’s task is to determine the cause of death, meaning the Police should be certain of death.

But as mentioned, there is not one shred of even limited circumstantial evidence in any of the reports to date. All we have is the fact that a man picked up his step-son from school, they have disappeared, his car was found in the water having gone off a cliff and a comprehensive police forensic enquiry has found no trace of occupants in the car at the time it went into the water.

Certainly, there are reported cases where a person has gone into the sea off cliffs and the body never recovered, the vast majority are recovered. But two people “perhaps” inside the car – yet no forensic trace at all, in an area exactly where the car would take a while to recover, having been used by a man with several aliases including having false passports, and all against a domestic background that suggests he has run off.

With a lack of any circumstantial evidence of loss of life, the investigation must remain on the likelihood the couple have deliberately disappeared and either they managed to skip the country without the authorities knowing or they have gone bush. Is this possible, to disappear for a year, with or without help, I believe it is.

The one thing that is certain is that time will out them if they have run off.

Ron McQuilter was approached for comment by Stuff.co.nz and Radio Live, due to his expertise in dealing with previous Missing Persons cases.