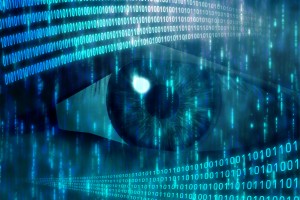 Back in the old days when a PI was asked to assist domestic cheats there was no option but to follow the suspected spouse. That resulted in the 1974 Private Investigators Act prohibiting PI’s from taking photos. Likewise, when a sales-person or the like was suspected of malingering or not making their calls on customers it was necessary to tail them, usually from home in the morning until tea time.

I was one of the presenters to the Parliament Select Committee on the changes to the PI Act arguing for the right of PI’s to be able to take video and photographs and thankfully that was accepted and the Private Security Personnel and Private Investigators Act 2010 removed those restrictions.

Following someone nowadays is especially difficult due to increased traffic and although it still has its place in situations where an individual is claiming some illness or the like for insurance or your target is meeting others to engage in commercial or criminal dishonest acts, there has been a quantum shift in the surveillance tools available to your PI. With that comes the need for the PI to keep up to date with advances in technology.

So when you think of instructing a PI to perform surveillance it is incumbent on the PI to offer a range of choices and be aware of the legal and technical issues you/they might encounter.

For example; the domestic cheat can most likely be tracked using spyware on their home computer and phone and a device in their car (although the phone will track their movements as well). Experience shows that to have an affair you usually will communicate with the other party by text or email, even a work colleague.

Staff who use company equipment and vehicles can just as easily be tracked and monitored. I favour a couple of programs; www.webwatcher.com and www.mspy.com Both are cheap to buy and easy to install. For vehicle tracking you can buy equipment from China but I prefer the “snitch” unit from www.armadagps.co.nz Paragon have a few units available at all times and we typically will ask the client to book their company car in for a service and do the install at that time. The costs of using this technology is substantially less than any two-person surveillance team and there is no disputing the evidence later on, the target does not have any argument against an agent’s perception.

Another aspect relates to computer forensics and again, the recent advances here are also astounding. For example, a new product just being released in New Zealand is called Forensic Explorer (FEX) which is a specialised software tool for the perseveration, analysis and presentation of electronic evidence and is a fraction of the cost of the former forensic tools and, more importantly, has been developed for use by investigators as opposed to high priced “forensic experts”.

From a business perspective, all these advances mean that an investigation can be performed quicker and at lesser cost when you engage a PI who is technologically, legally and commercially savvy.

I realise this is all a bit spooky and some will even say it’s offensive, but “the truth will out” and a professional PI should simply be a conduit to get to the facts of the matter without any bias or favour. If a person is innocent, then surely it’s best proved early and put to bed than having the suspicion remain.

Now Employees can Provide their Own Criminal Check to Employers
A trend overseas is for an individual seeking employment to prove up front they have no criminal history with reports that such an initiative is a good sign the individual is keen to work.

Our Aussie mates at www.nationalcrimecheck.com.au tell us they are performing 1000’s of checks a month and they have direct access to check the relevant databases and some really smart tools to make those Aussie checks fast.

While New Zealand does not have a 2-day turnaround like Australia, at Paragon we have made it so easy to validate your potential employees’ claim of having no criminal history, that your hiring decision can be speedy and with independent integrity. Further, you quickly root out those that might hope the checks are not performed.

We have set up a website and simple click and pay process that allows our clients and individuals to have this check performed in days, as opposed to weeks, through our Agreement with the Ministry of Justice.

Simply click on our bespoke site www.criminalhistorycheck.co.nz and you will be amazed at how easy and fast this service is.

Of course, we welcome enquiries from businesses for a more personalised service.

Fake Invoices for Trademark registrations
If you get an invoice from Patent and Trademark Organisation (PTMO) advising your trademark is due to expire and asking for funds to renew, then it’s a scam. https://www.iponz.govt.nz/news/warning-misleading-invoices/

Cold Calls from The IRD
If someone calls saying they are from IRD to advise you are in payment default and you might get fined or imprisoned, then it’s a scam. http://www.ird.govt.nz/identity-security/scam/scam-alert.html

And remember that if you did not apply for a prize you cannot win one
This item from NZ Herald on 7 July only serves as a reminder that you should never part with your hard earned money to someone you have never met before, for a prize you did not apply for or even want, just through a hard sell by some foreigner on the phone. It’s easier to hang up or even better don’t go there in the first place http://www.nzherald.co.nz/nz/news/article.cfm?c_id=1&objectid=11670158