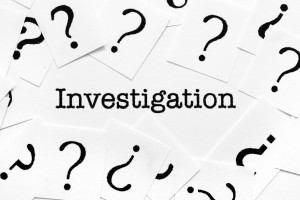 It’s well-known that most PI’s are ex Police, indeed the skills required to perform the majority of work carried out by PI’s (with the exception of those who work on matrimonial cases) is best acquired from the Police or similar training and experience. However, that is quite often where the similarity ends.

When you leave the Police and put up your nameplate as a PI, your “clients” change, from the public sector to the private. This transformation brings a completely new set of outcome objectives, requests, pressure, timeframes and risk levels. In short there is a huge relationship swing and in many cases you are no longer recording events from a victim but are now employed by the victim. It is a minefield and needs to be carefully traversed to avoid loss of reputation and work.

I recently attended as a Court appointed expert PI to listen to a complaint laid by a Police officer against a PI. My role was to give the Court my “assessment of whether the PI’s actions generally fell within what might be termed acceptable parameters of conduct for a reputable professional”. Having spent the entire day listening to all witnesses on both sides, I concluded that the PI actually achieved a great result for his client and while there were a couple of fringe issues, no laws were broken and more importantly when time is of the essence a PI might have to act fast and deal with offenders in his client’s interests.
New Zealand PI’s have a great reputation worldwide, especially when the PI is a member of the New Zealand Institute of Professional Investigators, meaning they are licensed and have accepted their work must meet a strict Code of Ethics.

Yet, a PI needs to be able to perform in an arena where they have no authority, indeed are restrained somewhat because they are governed by a licence. To obtain some information, like Police we need informants and assistance from others which requires an ability to engage with all types of individuals good and bad, often offenders who know fine well you have no power. For this reason a successful PI will have to be chameleon like and sharp of mind. The main requirement though is INTEGRITY, in all aspects of the work. The outcome will be flawed if the gathering of information was conducted without integrity – no excuses.
A notable difference between the Police and a PI is that PI client’s definitely expect (often demand) results and they will want to be kept fully apprised every step of the way as the case develops. Conversely, when a complaint is laid with Police, especially in dishonesty matters, the complainant has no say in the speed the matter is pursued and more often than not has to chase for updates.

As I say it is a minefield, but the good news is that there are lots of professional PI’s out there who are comfortable in their role and who have, through performing with integrity, earned the respect of the authorities. My advice to anyone looking to instruct a PI is, make sure they can provide references in the same type of related task, have proven integrity and importantly have longevity in the role of a PI, because getting it right and being able to prove it right down the track is vital to the proper outcome.
Ron McQuilter